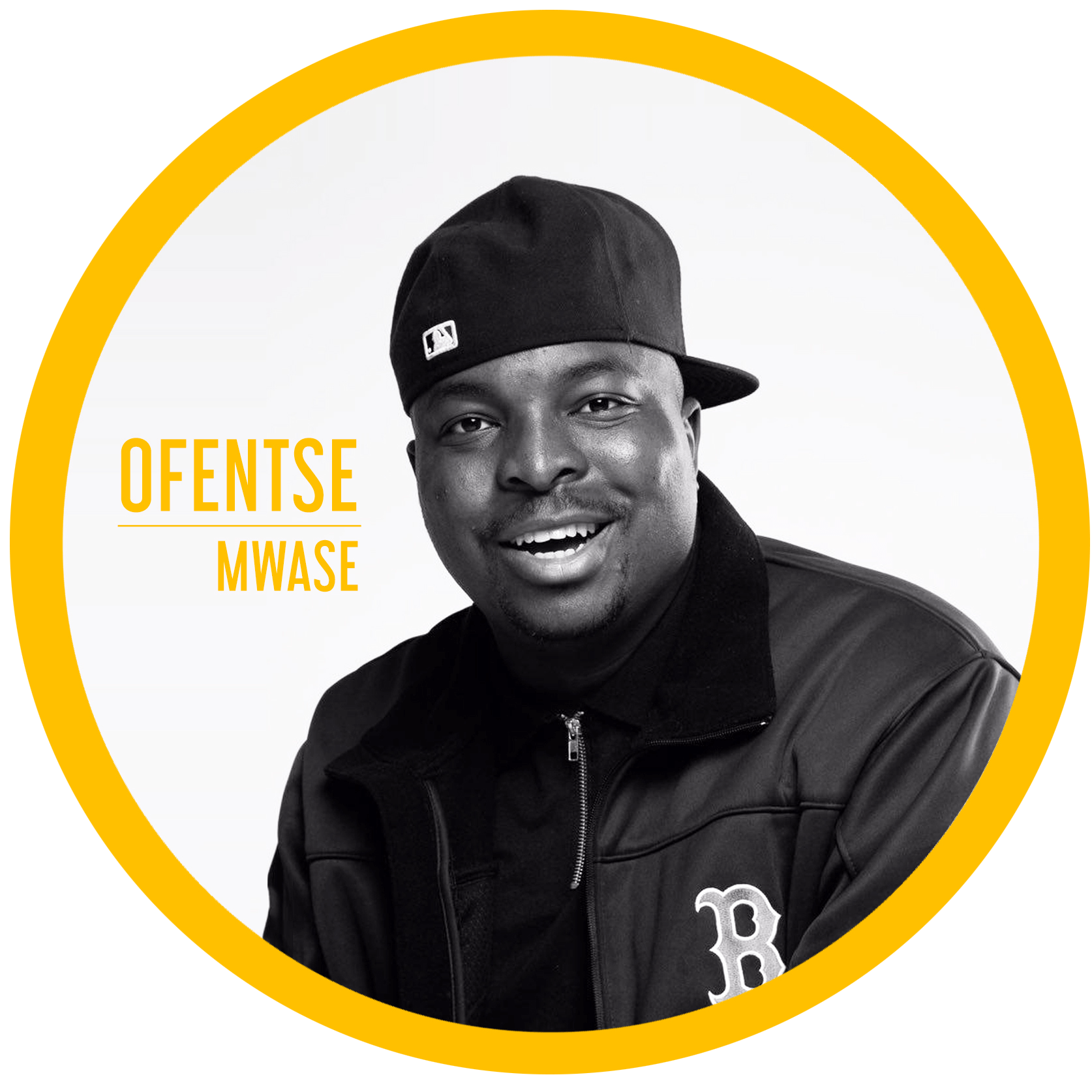 A multi award winning filmmaker who grew up in the great city of Rustenburg in the North West Province, who now resides in Johannesburg, South Africa. Ofentse’s infatuation with film and cameras started in 2005 and led to his enrolment at AFDA (The South African School of Motion Picture Medium and Live Performance) to study film and cinematography. Ofentse graduated with an Honours Degree in Cinematography in 2011. He was voted AFDA Best Cinematographer of 2010 for this work on the Short film IGOLIDE, shot on 16mm Kodak film. Further accolades include a nomination for AFDA Best Cinematography for his work on the short film “The Hajji” shot in 2011.

Thato, a Sterkinekor commercial shot in 2011 on 35mm Kodak Film by Ofentse was also nominated for the prestigious Loerie Award and went on to win a Silver Loerie in the Student Commercials category.

Ofentse Mwase is also a co-owner of one of South Africa’s well renowned, competitive,100% black owned film production houses in the country – OM Films in 2014.

Through the existence of this production company, some of his Greatest Achievement thus far as a Music Video director was winning Music Video of the Year in the 2017 South African Music Awards (SAMA) for his video for Miss Pru titled Ameni.

Most recently, he won another SAMA for Prince Kaybee ft Msaki – Fetch Your Life. To date, Ofentse Mwase has won a total of 24 globally recognized awards for his DOP and Directing work.

With over 10 years’ experience in Film, Commercials and Music Videos, Ofentse is set to be one to look out for in the South African film industry as he continues to be involved in great projects for TV, Commercials and Online Digital Content.